Accusing the Gandhi siblings of ‘Political tourism’ and highlighting their hypocrisy of raising issues only in BJP ruled states, Madhya Pradesh BJP leaders sent flight tickets to Rahul and Priyanka Gandhi to go visit their own state ‘for free’.

“We have collected funds and sent Delhi-Jaipur air tickets to Rahul Gandhi (Wayanad MP) and Priyanka Gandhi Vadra so that they can meet members of the Dalit community, who are oppressed under the Congress rule in Rajasthan,” Indore district BJP chief Rajesh Sonkar said.

He was talking to reporters after sending the tickets through speed post along with a group of local BJP leaders.

Sonkar said a Dalit man was recently beaten to death in Hanumangarh district of Rajasthan.

“Gandhi and Vadra are busy with political tourism in Uttar Pradesh and have no time to console the (Dalit) family (in Hanumangarh),” he said.

A delegation of Congress leaders, including Rahul Gandhi, on Wednesday met President Ram Nath Kovind and demanded the immediate dismissal of Union Minister of State for Home Ajay Kumar Mishra over the Lakhimpur Kheri violence. 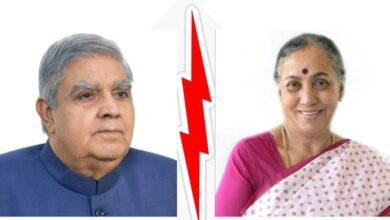