Jammu and Kashmir has been put on alert for the next 48 hours ahead of PM Narendra Modi’s all-party meet with political leaders from the UT. Similar orders have been issued for areas along the Line of Control (LoC).

Internet services in the Union Territory of J&K could also be snapped on Thursday.

Prime Minister Narendra Modi has called for an all-party meet of political leaders from Jammu and Kashmir. The invitation was accepted by leaders of the People’s Alliance for Gupkar Declaration (PAGD), Congress and a number of other J&K-based parties.

The all-party meeting comes nearly two years after Parliament voted on the abrogation of Article 370.

Organizations like the National Conference and the People’s Democratic Party, constituents of the People’s Alliance for Gupkar Declaration (PAGD), will raise the issue of restoration of the pre-August 5 constitutional status and the immediate release of Kashmiri prisoners lodged in various jails in the country.

PDP President Mehbooba Mufti went a step further and demanded the Center should start the process of talks with Pakistan as well. PAGD leaders say that if the discussion in the meeting is in the interest of the people of Kashmir, then it will be accepted, otherwise they will directly refuse.

On the other hand, Congress has also agreed to participate in the meeting with the Prime Minister. This decision has been taken by the party high command in Delhi. All the mainstream parties of the state have been invited for a meeting to be held at the residence of Prime Minister Narendra Modi to create a political atmosphere and prepare the ground for the assembly elections in Jammu and Kashmir. PAGD has not been called in this, but NC, PDP and CPI(M) are all three major constituents.

In fact, the meeting comes at a time when the Deliminition commission of J&K is holding deliberations with stakeholders and is likely to present a report. This report, based on the 2011 Census and submissions by district collectors from across J&K, could lead to the possibility of assembly elections in the UT.

While the Centre has not set an agenda, delimitation, statehood and other key issues are likely to be discussed during the all-party meeting on Thursday. 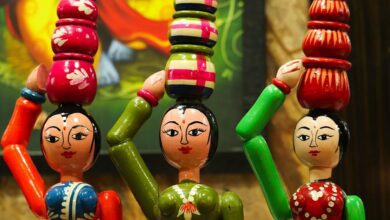 Toy story 5; being written by PM Modi; 70% redcution in imports while 60% increase in exports