According to a Punjab Police spokesperson, the Kapurthala police recovered two hand-grenades, a box of detonators, two tubes suspected to containing RDX, a roll of wire used in explosives, ₹3.75-lakh Indian currency, a licensed pistol, 14 Indian passports, a .30-calibre pistol and two magazines from Gurmukh’s house.

Also, police seized a tiffin bomb, three hand-grenades, four Glock pistol magazines and packaging material from the Gurmukh’s office near Jalandhar bus stand. Gurmukh has been working for a local vernacular newspaper, it is learnt.

According to reports, Jasbir Singh Rode’s son Gurumukh Singh was receiving tiffin boxes loaded with explosives from his uncle, Lakhbir Singh Rode, in Pakistan and distributing them within Indian territory. The house of Jasbir is situated in a village at Jalandhar.

Jasbir Singh Rode had played a significant role in the anti-farm law agitation on the 26th of January that turned violent. He was summoned for questioning earlier by the NIA on the 18th of January but the former Jathedar had claimed that it was a move to crush the agitation.

The central investigative agencies suspect the involvement of Jasbir Singh Rode’s son, who has been arrested and taken in for questioning. According to sources, their target was the family of Punjab’s ex-CM Sukhbir Singh Badal.

It is pertinent to mention that the involvement of Khalistani elements in the ‘farmer protests’ has long been obvious, with leaders from both, the BJP and Congress party, raising alarm bells over the development. 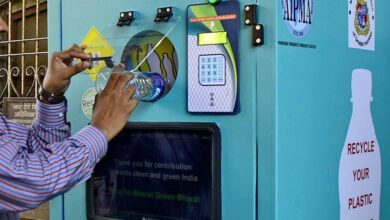