Prominent international human rights watchdog body HRW has denounced Indian government in front of the world over its ‘Human Rights violations’, and in its 761-page grim report, they pointed quite alot of details that might be very good for BJP’s image.

“Indian authorities brought politically motivated cases, including under draconian sedition and terrorism laws, against human rights defenders, student activists, academics, opposition leaders, and critics, blaming them for the communal violence in February in Delhi as well as caste-based violence in Bhima Koregaon in Maharashtra in January 2018. In both cases, BJP supporters were implicated in the violence. Police investigations in these cases were biased and aimed at silencing dissent and deterring future protests against government policies,” said the report by Human Rights Watch, one of the biggest Human Rights advocacy and research organisation.

In terms of press freedom, the report noted that several journalists faced criminal cases, arrest, threat, or even physical assault by mobs or police for reporting on COVID-19. Authorities continued to use sedition and laws relating to national security against journalists, said HRW taking note of the Rajeev Sharma and Prashant Kanojia cases.

HRW said that India continued to lead with the largest number of Internet shutdowns globally as authorities resorted to blanket shutdowns. By early November, there were 71 shutdowns, out of which 57 were in Jammu and Kashmir, according to Software Freedom Law Centre. Even after the Supreme Court said in January that access to the Internet was a fundamental right, the authorities permitted only slow-speed 2G mobile Internet services, leading doctors to complain that it hurt the COVID-19 response.

The lockdown disproportionately hurt marginalised communities due to loss of livelihoods and lack of food, shelter, health care, and other basic needs, said the report. Anti-Muslim rhetoric surged during the pandemic after the Tablighi Jamaat congregation was termed a super spreader by Indian authorities, some BJP leaders called it a “Talibani crime” and “Corona Terrorism” and some pro-government media screamed “Corona Jihad”.

HRW noted that as per the government’s own data, crimes against Dalits increased by 7 per cent, in part as backlash by members of dominant castes against what they might perceive as a challenge to caste hierarchy.

Taking note of the international response to the situation in India, HRW said that the United States government said little about India’s human rights record, including during President Donald Trump’s visit to India in February, but several members of the U.S. Congress continued to publicly voice concerns.

5 attacks on Ram Mandir's collection drive across country within a few days, because we are a ‘Democracy’ 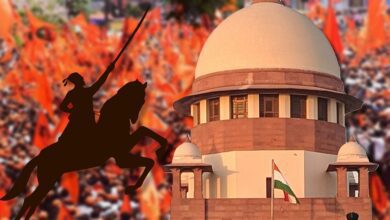 Supreme Court rules out the Maratha reservation; calls it unconstitutional 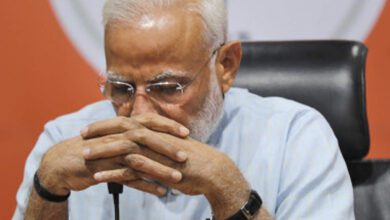 PM Modi not popular anymore; according to approval ratings 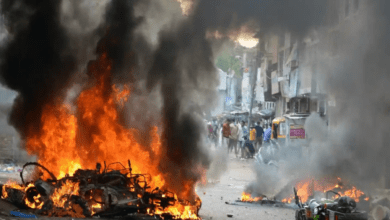 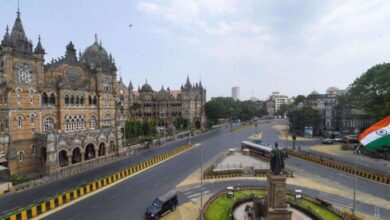 Here is a complete list of states and UTs which have imposed Lockdowns or similar curbs amid COVID surge: