Two years after its lander, rover combination crash-landed on the far side of the moon, the Chandrayaan-2 mission is still delivering critical observations to India as it completes 9,000 orbits around the Moon.

The Indian Space & Research Organisation (Isro) chairman K Sivan while inaugurated a Lunar Science Workshop 2021 said that the spacecraft has completed 9,000 revolutions of the Moon and onboard instruments are functioning nominally.

On Monday, ISRO officials also stated that Chandrayaan-2 identified the two elements, chromium and manganese, in a few locations during the severe solar flare episodes.

One of the eight payloads of Chandrayaan-2 detected an unambiguous presence of water ice at the permanently shadowed regions of the Moon.

The initial data analysis from imaging infrared spectrometre (IIRS) clearly demonstrates the presence of widespread lunar hydration and unambiguous detection of water on the Moon.

“The science data are being made available for analysis by academia and institutes, for greater participation to bring out more science from the Chandrayaan-2 mission,” PTI quoted ISRO as saying.

US National Archives introduces 'trigger warning' in the American Constitution, as it affects people’s mental health 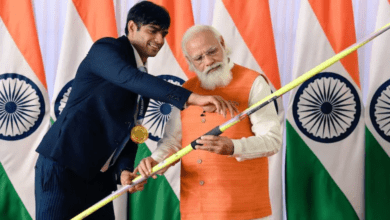