New Zealand enjoyed the greatest triumph in their cricket history as they beat India by eight wickets in the inaugural World Test Championship final at Southampton on Wednesday. Two years on from their agonising Super Over loss to England in the 50-over World Cup final at Lord’s, New Zealand’s men claimed their first major global title. Set a victory target of just 139 in 53 overs, New Zealand finished on 140-2 with more than seven overs left after the match was extended into the reserve sixth day after two days’ play were completely washed out.

New Zealand captain Kane Williamson (52 not out) and Ross Taylor (47 not out), the team’s two most-experienced batsmen, shared an unbroken stand of 96 to seal victory. New Zealand lost openers Devon Conway and Tom Latham cheaply to R. Ashwin before Williamson and Taylor soaked up the pressure. Taylor, who was dropped on 26 by Cheteshwar Pujara at first slip, hit the winning runs.

Earlier, Rishabh Pant made an entertaining 41 but India still fell well short of the 200-mark in its second innings.

Kyle Jamieson had been the wrecker-in-chief in India’s first innings and the towering seamer returned to haunt the opposition again on the sixth morning.

The real damage was done by New Zealand’s all-pace attack, with India dismissed for just 170 in their second innings earlier Wednesday despite a rare sunny day in this match at the Hampshire Bowl providing the best batting conditions of the entire game.

This was the first sixth day of Test cricket since the drawn match between India and West Indies in Kanpur in 1979. This final marked the culmination of a two-year cycle of series to determine Test cricket’s first official world champions. 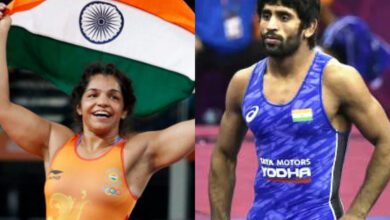