India’s happy start at the Tokyo Olympics, with Mirabai Chanu’s stupendous performance in Women’s 49 kg weightlifting event, seems to be short lived with no medal for India post that.

The much hyped shooting contingent of India has come under stringent criticism for their poor outing after delivering disappointing results and failing to clear the qualification stages of the mixed team events, leaving the followers of the sport dejected.

This comes as a major surprise as Indian shooters dominated the sport through late 2018 and entire 2019, with stellar performances, and Saurabh Chaudhary and Manu Bhaker leading the way. Questions have been raised abut why the shooters couldn’t deliver similar results. Responding to which,   National Rifle Association of India (NRAI) president Raninder Singh said “there would be an overhaul of coaching staff, highlighted the internal wrangling within the team which may have impacted the performances, although he cheekily added that he felt ‘less responsible’ for the below-par performances”, deflecting the blame to others.

“There was just one person who was the negative factor in the whole thing (wrangling within the team). I am referring to Jaspal Rana. Before the tour to Croatia (where the team moved in May)… (there was) a lot of internal wrangling in the pistol squad among coaches. That was addressed to all by me in person in an eight-page letter I wrote prior to the team leaving for Croatia,” he added.

Singh said that despite his efforts to mediate with Bhaker and Jaspal, indifferences continued to grow.  “For reasons best known to him and the athlete concerned, they are unable to work together and well, this is not China we live in. I cannot dictate,” Raninder said.

“I got Manu’s family together with Jaspal but they did not get on. It’s not just Jaspal, the other side also was not willing to work with him because of various instances that they cited. The girl said something, the family said something, and Jaspal, in his defence, said something,” he added.

Though some events are still in progress, the shooting contingent is surely staring at the possibility of returning empty handed despite their glaring confidence before the matches. While India is faring well in events like badminton, weightlifting, wrestling, boxing, table tennis and men’s hockey, some athletes have not lived upto the expectations in their respective events.

Nevertheless, Team Tatva India stands strong with our athletes, not just in their victory, but also in their lows. Wishing the best to our athletes. 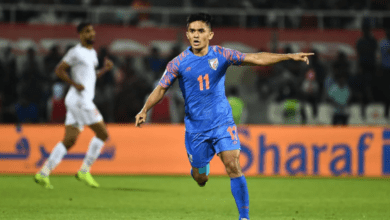 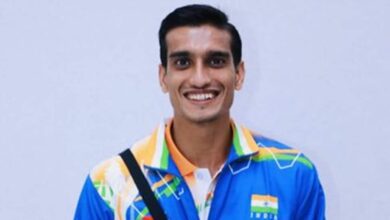