China’s expansionist designs are going on unchecked in Nepal as it is slowly and gradually encroaching Nepali land at multiple locations with the tacit support of the present dispensation headed by Prime Minister K P Sharma Oli.

According to a report by the Survey Department of Agriculture Ministry of Nepal, China has illegally occupied Nepal’s land in several places spreading over seven bordering districts. The report stated Beijing is fast moving forward and further pushing Nepali boundaries by encroaching more and more landmass.

It is important to note that the data is being under-reported and the actual scenario could be worse as the Nepali Communist Party (NCP) is trying to shield the expansionist agenda of the Chinese Communist Party (CCP).

It is believed that China has made inroads into several other areas of Nepal, occupied land, and slowly progressing within the country. Prime Minister KP Oli government has preferred to keep mum over the ”illegal occupation” of the village by China under fears of displeasing the CCP.

The Nepali, districts which are victims of China’s land-grabbing plan including Dolakha, Gorkha, Darchula, Humla, Sindhupalchowk, Sankhuwasabha and Rasuwa.

According to the surveying and mapping department of Nepal, China has pushed the international boundary 1,500 meters towards Nepal in Dolakha.

It has pushed the boundary pillar Number 57 in the Korlang area in Dolakha, which was previously located at top of Korlang.

The first three pillars were located in Gorkha’s Rui village and areas of Tom River. Though Nepal”s official map shows the village as a part of Nepali territory and citizens of the village have been paying taxes to Nepal government, China had occupied the region and merged it with the Tibet Autonomous Region of China in 2017.

Similarly, the Human Rights Commission has reported that a portion of the Jiujiu Village of Darchula has also been occupied by China.

Numerous houses that used to be a part of Nepal have been now taken over by China and assimilated into the Chinese territory.

The Ministry reported about China’s occupation of Nepali land in at least 11 places falling under four Nepali districts. Most of the areas occupied in these districts are catchment areas of rivers, including areas of Bhagdare river in Humla, Karnali river, Sanjen river, and Lemde river in Rasuwa; Bhurjug river, Kharane river, and Jambu river in Sindhupalchowk, Bhotekoshi river and Samjug river in Sankhuwasabha; Kamkhola river and Arun river.

Nepal has refrained itself from going ahead with the border talks with China since 2005 as the Nepali government does not want to offend China by reclaiming Nepali land and at the same time dodge criticism at the domestic front for losing territory to China. The Nepali government has also suspended the 2012 border talks to save itself from getting into an indecisive situation.

In June, members of the opposition Nepali Congress moved a resolution in the House of Representatives, the lower house of the Nepalese Parliament, asking the Oli Government to restore the country”s territory, which had been encroached upon by China.

The Nepali Congress lawmakers alleged that China had encroached 64 hectares of land in Dolakha, Humla, Sindhupalchowk, Sankhuwasabha, Gorkha and Rasuwa districts of the country.

They alleged that few of the total 98 boundary pillars along the 1414.88 km long border between Nepal and China had gone missing while several others had been shifted inside the territory of Nepal.

In recent times, the Nepali Communist Party has been acting like a puppet of the Chinese Communist Party, which has kept dominating the decision-making process in Nepal.

The entire world has witnessed the developments wherein the Chinese Ambassador to Nepal has been acting as a mediator and sorting out between Oli and Prachanda factions of the NCP and she played a crucial role in saving Oli government. The friendship and assistance of China to Nepal is a part of the colonial design to ”further the expansionist agenda by China”.

With a crippling economy, rising corruption, and ever-changing dynamics within the NCP, Prime Minister KP Oli is playing safe as Nepal is not in a situation of upsetting China. No wonder, China is increasingly getting safe passage to infiltrate into Nepal and occupy the Nepali territory, part by part.

(Except for the headline, this story has not been edited by The Tatva staff and is published from a syndicated feed.) 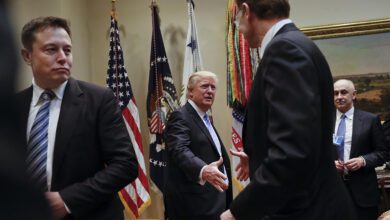 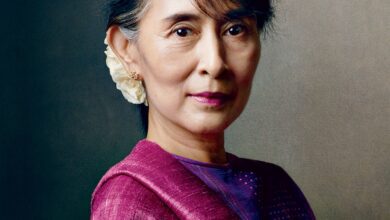