For the first time in its history, the BJP has reached the feat of having 100 members in Rajya Sabha after the party won two seats in Assam and one from Tripura in the elections held on Thursday.

The saffron party had already bagged one seat each in Nagaland and Himachal Pradesh unopposed. With this, the BJP became the first party to touch the 100-mark in the Upper House since 1988, saffron party leaders claimed.

In the recently held biennial polls for 13 Rajya Sabha seats across six states, the BJP lost its solitary seat from Punjab while Aam Aadmi Party won all five seats of the state.

The BJP’s tally, despite being way short of majority in the 245-member House, highlights its continuous rise since Prime Minister Narendra Modi led it to its majority in Lok Sabha in the 2014 polls.

The last time a party had 100 or more seats in the Upper House was in 1990 when the then ruling Congress had 108 members before its steady decline after its numbers fell to 99 in the 1990 biennial polls and continued to decline as a stream of states fell out of its rule and coalition era began and continued till 2014.

On Thursday, 72 Rajya Sabha members retired, and polls for these seats (remaining 62) is now spread through the months to July. States where these seats will be contested from include Uttar Pradesh, Maharashtra, Tamil Nadu, Andhra Pradesh, Rajasthan, Bihar, Karnataka, Odisha and Madhya Pradesh.

Of the rest of the 62 seats, the BJP currently holds 30 seats and is confident of gaining some, but they might also lose some in States where Opposition parties have come to power.

Before 2014, the best ever tally for the BJP was 47 seats in the 2012-13 period, and it gradually bested this tally as Prime Minister Narendra Modi assumed office in 2014.

India to build 10 Nuclear Power plants in the next 3 years, signs deal to import 100 tonne of Uranium for reactors in FY23 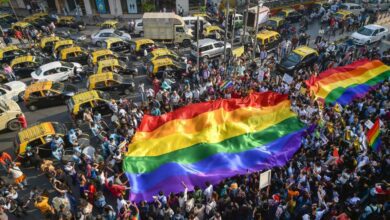