With the onset of rising geoplitical tensions throughout the globe be it in Europe, Asia or the Middle East, world has found their new favourite and its not-debatable. India has become the hotspot of attention with the highest number of foreign leaders visiting the country in separate visits within the last 15 days.

Be it the diplomacy of India in these times of crisis or the global power a country of 1.35 billion people has become, the countries not only prioritizing their relations with India but even trying to better the ties with it knowingly the future aspects of India’s growth.

It is something as an Indian I one must say that one thing this government has done without creating a chaos is bettering relations with countries which had been left unattended for decade, hence creating a sense of awareness amongst other nations that yes, India is rising to take its deserving global power share.

No, if you’re wondering this is a political article applauding BJP, no. But this is rather an overview of changing worldwide mindset about India and how it was rather suppressed from achieving what it deserved decades ago.

A country with the highest number of youth, the largest english speaking population, the proving the most educated immigrants to the world can create a major difference, granted the leadership makes use of this talent and help them sustain withing the boundaries of the country.

The last decade has created a ‘brand called India’ which neither giving up its plans due to fear of sanctions of western nations rather, creating a path of its own with a one-of-a-kind diplomacy which not even the UN is able to question or point a finger at.

No wonder, the World bank projections have indicated that India will become World’s third largest economy by the end of 2029, after China and US. This might come as a surprise for a few, but considering the frequent and major changes that India has been witnessing in the past couple of decades, It will be really difficult to halt or even slowdown India’s pace.

Government reduces AFSPA in parts of Assam, Manipur and Nagaland, extends it in Arunachal Pradesh 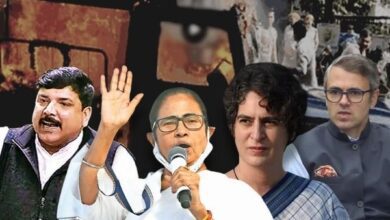