Nearly three tonnes of heroin with a street value of $2.8bn (Rs. 21,000 crore) from Afghanistan have been seized from two containers at Adani Group’s Mundra Port in one of the biggest drug busts in India and the world.

The consignment, originating from Afghanistan, now under Taliban rule, was shipped to Gujarat on September 13-14 via Iran’s Bandar Abbas Port and was hidden inside the containers of semi-processed Afghan talcum powder, imported by a firm based in Andhra Pradesh.

A Chennai-based couple has been arrested and several Afghan nationals from the Delhi-National Capital Region have been detained by agencies. They are being intensively interrogated for possible Taliban-ISI link, said an official, requesting anonymity.

The DRI on September 16 and 17 searched the two containers, exported by a Kandahar-based company, on the basis of specific intelligence inputs upon which it found 1,999.58kg of heroin packed in two bags in one container and 988.64 kg heroin in one bag in another container. It was layered between the talc to avoid detection by security and customs officials.

As per reports, DRI had got a tip-off about the consignment and has been working to seize it for the last five days.

Afghanistan is the world’s biggest producer of heroin, supplying between 80-90% of global output. Heroin production has boomed in Afghanistan in recent years, helping fund the Taliban which returned to power in August. 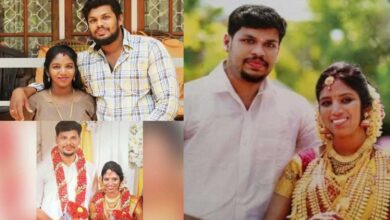