In one of the biggest drug busts, the Delhi Police Special Cell on Wednesday seized a container having approximately 22 tonnes of Licorice coated with Heroin worth about Rs.1725 cr at Mumbai’s Nava Sheva Port.

Recently, two Afghan citizens had been arrested by the Delhi Police Special Cell with heroin worth Rs 1200 crore. During their interrogation, they revealed about the container kept at Nava Sheva Port in Mumbai in which 345 kg of Heroin was kept coated on liquorice.

Liquorice, which is called as ‘Mulethi’ in Hindi has significance in this case as a preferred root of smuggling of narcotics. The root’s melted black form resembles one of the forms of heroin. It has its own overpowering fragrance which cannot be easily picked up by the sniffer dogs and hence makes it difficult to figure out whether it is coated with substances or not.

“The value of heroin seized was approximately Rs 1,725 crores. The container was transported to Delhi. This seizure indicates how narco terror is impacting our country and international players are using different methodologies to push drugs into our country,” said HGS Dhaliwal, Special CP.

The massive drug bust comes a year after the Directorate of Revenue Intelligence (DRI) made the largest contraband seizure in the history of the country in September 2021, by catching a Heroin consignment, concealed in a consignment of semi-processed talc stone, weighing 3,000 kg and worth Rs 21,000 crore at Mundra port in Gujarat.

The matter is currently under probe and further details are awaited. 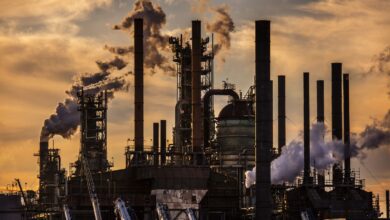