India’s permanent representative to the UN ambassador Tirumurti speaking at a high-level event to make the celebration of the 1st anniversary of the International Day on Countering Hate Speech questioned the international community’s double standard on ” religion-phobia. “

He said that combating hate should not be a ” selective exercise ” involving only one or two religions but the same values of combating hate crime must also be applied to non-Abrahamic religions.

He called on the countries to develop education policies based on pluralism and democracy to combat hate crimes. “As we have emphasized time and again, combating religiophobia should not be a selective exercise involving only one or two religions but should apply equally to phobias against non-Abrahamic religions as well. Till this is done, such international days will never achieve their objectives. There cannot be double standards on religiophobia,” he said

Tirumurti questioned the fact why phobia against one particular religion is highlighted while others are excluded. “There is clear evidence that over decades such religio-phobias have affected the followers of non-Abrahamic religions as well,” he said. “This has contributed to the emergence of contemporary forms of religiophobia, especially anti-Hindu, anti-Buddhist, and anti-Sikh phobias”, he added.

He was speaking at an event titled ‘Role of education to address the root causes of hate speech and advance inclusion, non-discrimination, and peace’.

These statements came at an interesting time, particularly when India has been facing backlash from Islamic countries due to a hateful and blasphemous remark by the ruling party’s spokeswoman Nupur Sharma.

“It is with this sense of history that India has continued to play a defining role to combat radicalization and terrorism, and promote tolerance and inclusion,” he said. “Aberrations are dealt with within our legal framework and we do not need selective outrage from outsiders, especially when they are self-serving, even communal in nature, and pursuing a divisive agenda.”

These statements came just hours before a blast in Gurudwara in Karte Parwan in Kabul’s Bagh-e Bala area on Saturday killing 2 people including a Sikh and injuring 7 others. 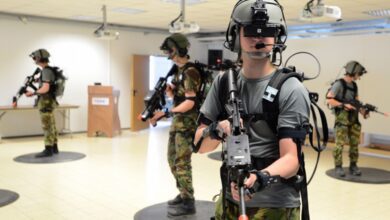