The Jharkhand cabinet, led by chief minister Hemant Soren, on Wednesday approved two bills, one increasing reservation in jobs for the members of the SC, ST, backward classes, OBC and economically weaker sections to 77% and another to fix land records of 1932 as the basis for domicile in the state.

Jharkhand Cabinet Secretary Vandana Dadel said that due to the new Bill, reservation for the Scheduled Tribes will increase to 28%, Other Backward Classes to 27%and Scheduled Castes to 12%, reported the Hindustan Times.

“After including 10% reservation for the Economically Weaker Section, the total reservation would go up to 77%” Dadel said.

The developments come amid a political crisis in Jharkhand over the threat to Chief Minister Hemant Soren of his disqualification as an MLA in an office-of-profit case.

“The cabinet has approved the ‘Jharkhand definition of local persons and for extending the consequential, social, cultural and other benefits to such local persons Bill, 2022’,” Dadel said after the cabinet meeting chaired by chief minister Soren. “As per the Bill, people who have their names of their ancestors’ name in the khatiyan (land records) of 1932 or before will be considered as a local inhabitant of Jharkhand.”

Besides, those who are landless or do not have their or their families’ names in the 1932 khatiyan, respective gram sabha would have the power to certify them based on their language, customary traditions, the cabinet secretary said.

The proposal will also be sent to the Centre to include it in the Ninth Schedule of the Constitution.

Speaking to reporters after the cabinet meeting, Soren described the cabinet decision as “historic”.

Increasing OBC quota was a poll promise of the Jharkhand Mukti Morcha (JMM)-led United Progressive Alliance ahead of the 2019 assembly elections. The BJP had also promised to increase OBC reservation. However, similar attempts in states like Maharashtra and Madhya Pradesh, to breach the 50% cap on reservation as fixed by the SC, have been turned down by the courts.

Entire village in Tamil Nadu declared as the property of Waqf Board: According to law, they can claim ownership of any land 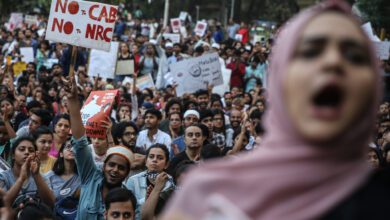 Indian govt to set up an ‘All-India Database Plan’ for the citizens, seen as prequel of NRC 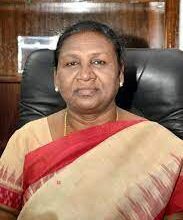 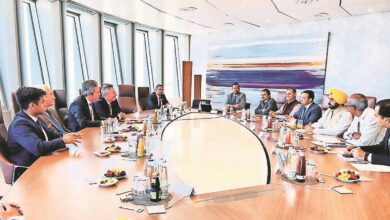 Bhagwant Mann says BMW will set up manufacturing unit in Punjab; BMW rebuts with a no embarrassing the government.