According to a report by the PTI released on Sunday, government sources claim that the central government is genuinely considering a ban on both factions of the All Party Hurriyat Conference under stringent provisions of the Unlawful Activities Prevention Act.

The factions which have been leading the separatist movement in Jammu and Kashmir over the past decade were under relentless pressure after the government’s zero tolerance policy against terrorism.

Once the ban is in effect, the security agencies will be allowed to arrest any person for being associated with the Hurriyat, the hardline one, as well as the moderate one which are led by Ashraf Sehrai and Mirwaiz Umar Farooq and even block flow of funds to the two factions.

The Hurriyat Conference came into existence in 1993 when militancy was at its peak in Jammu and Kashmir, and in 2005 the separatist conglomerate moderate group broke into two factions in 2005 with the moderate one being led by the Mirwaiz and the hard-line headed by Syed Ali Shah Geelani.

The ban is being considered on priority basis after the recent investigation after the arrest of six individuals involved in a Pakistani MBBS seats racket which revealed that seats allocated to Hurriyat leaders were sold, and the money flowed into terror and secessionist activities for proscribed terrorist organisations Hizb-ul-Mujahideen (HM), Dukhtaran-e-Millat (DeM) and Lashkar-e-Taiba (LeT). The probe was carried out by Jammu and Kashmir (J&K) Police and central agencies like the NIA and ED.

The members of the conference raised funds in the country and from abroad through various illegal channels, including hawala, for funding separatist and terrorist activities in Jammu and Kashmir, according to officials as quoted by PTI. The average cost of an MBBS seat in Pakistan was anything between Rs 10 lakh and Rs 12 lakh. In some cases, the fee was brought down on the intervention of Hurriyat leaders, the officials added.

In 2019, when Article 370 was abrogated by the central government, Union Home Minister Amit Shah had said his government will wipe out terrorism from its roots and strike terror in the hearts of the secessionists, following which the government banned the Jamaat-e-Islami and the JKLF under the UAPA.

However, it should be noted that despite a decision to ban an organisation is signed by the Union Home Secretary based on a comprehensive report that spells out the need for taking such action, the final decision is yet to take be taken.

Till date, the NIA has arrested 18 separatist leaders from Kashmir including those from the Hurriyat in a case of terror funding.

Oil spill near Gulf of Paria 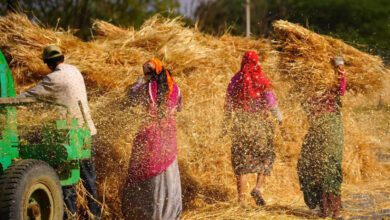 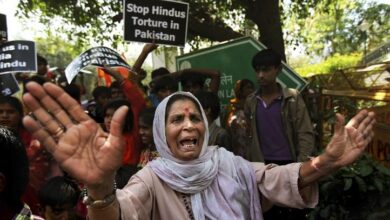 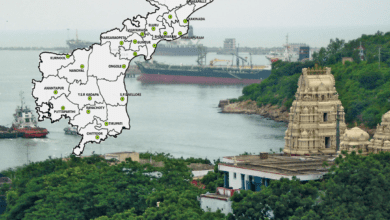 Andhra Pradesh gets a new map and 13 new districts from today: Govt aims at decentralised development of all regions