India has officially entered a phase of recession, with GDP data released on Monday showing a collapse of 23.9 per cent of gross domestic product in the second quarter, as the Indian economy was weighed down by the coronavirus pandemic and the severest of lockdowns that led to halt in business activities and a sharp fall in consumer demand.

The National Statistical Office (NSO) said GDP contraction in the April-June period of FY21 was the largest slump on record since India started reporting quarterly data in 1996.

The fall in output compares to 3.1 per cent growth in the previous quarter, which was the worst performance in at least eight years. The contraction is also the worst among G20 nations.

Before this, the UK had reported the biggest slump in GDP among the world’s top 20 economies with a 21.7% plunge in the June quarter, its deepest contraction on record.

The June quarter GDP data is the worst contraction in the history of the Indian economy mainly because the central government on March 25 had ordered a complete lockdown of most of the manufacturing and service sectors owing to the spread of COVID-19. Only essential services such as food items and medicines were allowed during this period as the country tried to curb the spread of the virus across the country.

The data comes as the government is strategically removing restrictions imposed in March to curb COVID-19 infections, which have caused thousands of job losses and forced the majority of workforce to stay indoors, leading to a big blow to an already-slowing economy.

The Reserve Bank of India has reduced the key interest rates by 115 basis points (1.15 percentage point) since March to revive economic activity, but is watchful of worsening inflationary pressures.

Even before the COVID-19 outbreak, the country’s GDP statistics have been a source of contention, as a change in the methodology to calculate GDP introduced in 2015 made forecasting difficult. 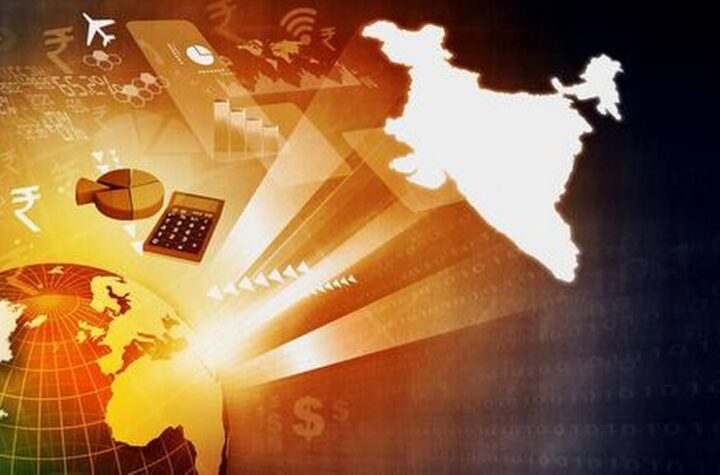 Protests, clashes in parts of Punjab and Haryana on Constitution day as farmers march to Delhi against new Agricultural laws