After the Arvind Kejriwal-led Delhi Government accused Bharat Biotech of blocking Covaxin supplies to the state under the Centre’s directives, the company has issued a response for the same saying it is demoralizing for the company’s team that has been working round the clock to churn out vaccines despite manpower constraints.

Delhi Deputy Chief Minister Manish Sisodia on Wednesday said that Bharat Biotech had refused the required doses of its Covid-19 vaccine Covaxin to Delhi. The Delhi Government had given an order for 67 lakh doses each of Covaxin and Covidshield after the Centre liberalised the process to allow States to directly procure 50 per cent of its requirement from vaccine manufacturers. However, Bharat Biotech has written to Delhi government expressing its inability to make any “additional supplies” of Covaxin as required by the national capital, he said.

He came down heavily on the Centre citing Bharat Biotech’s letter which read, “There has been an unprecedented demand for our vaccine and in spite of increasing production every month, we are unable to keep up with the demand. Further, we are making dispatches as per the directives of the concerned Govt. officials. We therefore sincerely regret that we cannot make any additional supplies as required by you“, and claimed that the Central Government was controlling vaccine supply.

The Deputy CM also accused the Centre of “forcing” state governments to compete among themselves in the international market for anti-Covid shots. He attributed the vaccine shortage to mismanagement by the Centre and the export of 6.3 crore doses, calling it the “biggest mistake”.

Meanwhile, BJP spokesperson Sambit Patra hit back at the Delhi Government saying that it was trying to hide its failures by accusing the Centre. On Bharat Biotech’s letter cited by AAP, he said that it clearly mentioned that the AAP government had expressed interest to procure Covaxin but had neither placed an order nor made any advance payment.

Bharat Biotech joint MD Suchitra Ella also issued a tweet on AAP’s claims and said that it was “disheartening to see states complain about the company’s intentions at a time when they have ramped up supply to 18 states“. He also said that such criticism was demoralizing to their workforce, saying, “50 of our employees are off work due to Covid, yet we continue to work under pandemic lockdowns 24×7 for you.“

Not just Delhi, even Karnataka, Andhra Pradesh, and Telangana have decided to issue global tenders for procurement of COVID vaccines as the domestic supply fails to keep up with the rising demand amid the fierce second wave of the pandemic. Delhi CM Arvind Kejriwal and Andhra CM YS Jagan have also urged PM Modi to allow other companies to manufacture Covaxin to tide over the vaccine crunch.

Meanwhile, 100 vaccination sites in Delhi administering Covaxin to the 18-45 age group have been shutdown by the State Government owing to vaccine shortage.

Petroleum product’s sales dropped but the prices are still soaring 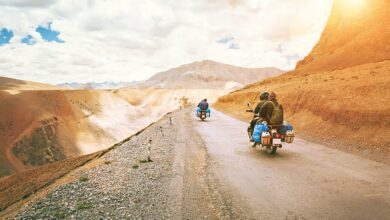 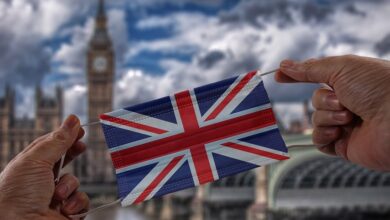